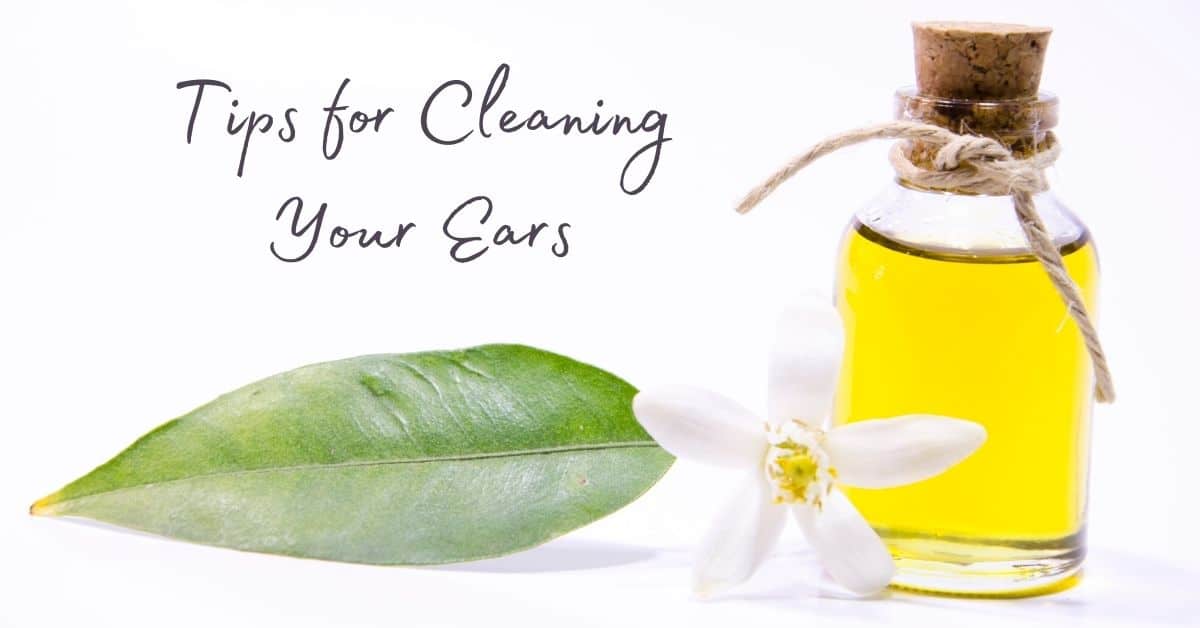 Have you been feeling as if your ears are plugged or stuffed? You may have a build-up of earwax in your ear canal. Ear wax is an important part of ear health, but when you have too much ear wax in your ears, it can make sounds seem muffled or faint. Here are some of our best tips for cleaning your ears.

What is Ear Wax

When you think about ear wax, you think about how sticky and gross it is. What you might not know is that ear wax serves a very important function: it keeps your ears safe. The sticky ear wax traps dirt, dust, pollen, bacteria, moisture, and other particles. The ear wax stops these things from reaching the ear drum or damaging your ear.

When ear wax catches dirt or dust it dries out, and slowly works its way out of the ear. It is usually washed away during a shower, or may fall out of the ear. If this dried ear wax builds up in the ear, it’s called cerumen impaction. Improper cleaning can lead to an ear wax impaction, and affect your hearing.

Many people never have a build up of wax in their ears, and don’t need to clean their ears. However, you may need to clean your ears if you notice any of these symptoms of impacted ear wax:

The most common cause of earwax impaction is improper cleaning. If you clean your ears with a small object, like a Q-tip or cotton swab, you may push dried earwax further down the ear canal, making it harder for this dried earwax to work its way out of the ear.

Don’t use a Q-tip to clean out your ear. Avoid using any small objects to clean your ears, and never put a pencil, paper clip, bobby pin, or Q-tip in your ear canal. Not only will this push earwax further into your ears and lead to a cerumen impaction, you could even damage your eardrum!

Tips for Cleaning Your Ears

There are a few ways you can clean your ears safely. If you want to remove earwax at home, you can try these tips:

Most people don’t need to clean their ears. Your ears are self-cleaning, and hardened earwax will work itself out of your ears. Ear wax can be washed away in the shower, or simply flake out of your ears. If you’ve noticed that the sounds around you seem muffled, or it feels like your ears are stuffed, contact us for a professional cleaning. We’ll check your ears for a build of up earwax, or anything else that could affect your hearing. We’ll also give you more tips for cleaning your ears.