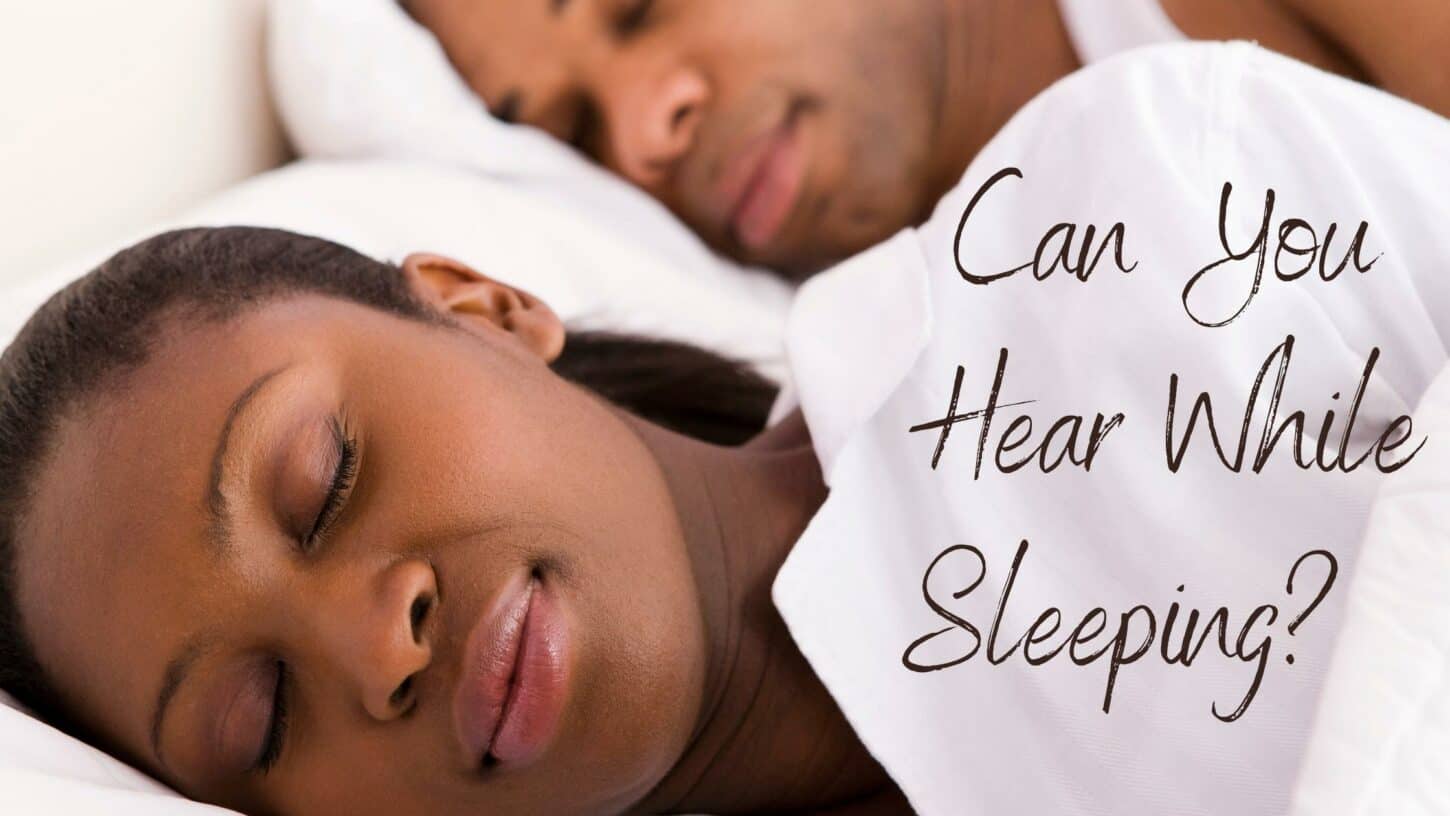 After you fall asleep, your brain is more responsive than you might think. When you’re first drifting off to sleep and you’re in light sleep, you can actually hear while you’re sleeping! But when you enter REM sleep, the stage of sleep when you dream, your brain seems to stop paying attention to the outside world. Here’s what happens to your hearing while you’re sleeping.

First let’s talk about sleep stages. There are four sleep stages you expereince every night. Throughout the night you go through these sleep stages several times. On a normal night, you will probably have four to six sleep cycles during the night.

What We Used to Think About Sleep

Researchers have long thought that when you fell asleep you didn’t hear anything happening around you. Sleep was the time our body would shut itself off from the outside world to consolidate learning and memory, rest and recharge, and boost immune responses.

But that can’t be entirely true. For example, we often wake up when there’s a loud sound in our environment, so part of our brain must have been listening even when we’re alseep. We’re also more likely to wake up if we hear a baby crying, or if someone says our name.

A 2019 study in the Human Nature Behavior Journal looks at how the brain handles external sound information during sleep. What they found is that even during sleep our brain is paying attention to the sounds around us. Not only that, the brain pays more attention to some sounds than to others.

The study was designed to mimic the “cocktail party problem” where participants would hear a number of sounds, almost as if they were at a party. When you’re at a loud party, you have to select which voices to pay attention to, and which ones to ignore. For this sleep study, researchers focused on just two voices: one voice was saying sentences and phrases, while the other voice was speaking gibberish. As participants drifted off to sleep, they kept hearing these two voices played through headphones. Their brain activity was monitored using EEG, and the researchers saw that even in sleep, participants were paying more attention to the meaningful voice than the gibberish voice.

Can You Hear While You’re Sleeping?

The study concluded that people do hear while they’re sleeping! And we even process the sound we hear, and decide which sounds to pay attention to. This happens the most during Stage 1 and Stage 2. In another study, participants listened to words during short, light naps. When they woke up before reaching deep sleep, they could process what they heard. However, going into deep sleep seemed to erase what they’d heard, or at least erased the memory of hearing it.

Hearing in Your Sleep

It’s exciting to learn that our ears and brain can process sound even when we’re sleeping! You might not remember it in the morning, but your brain is keeping track of the sounds around you. You may even be able to learn new things during Stage 1 and Stage 2 sleep.