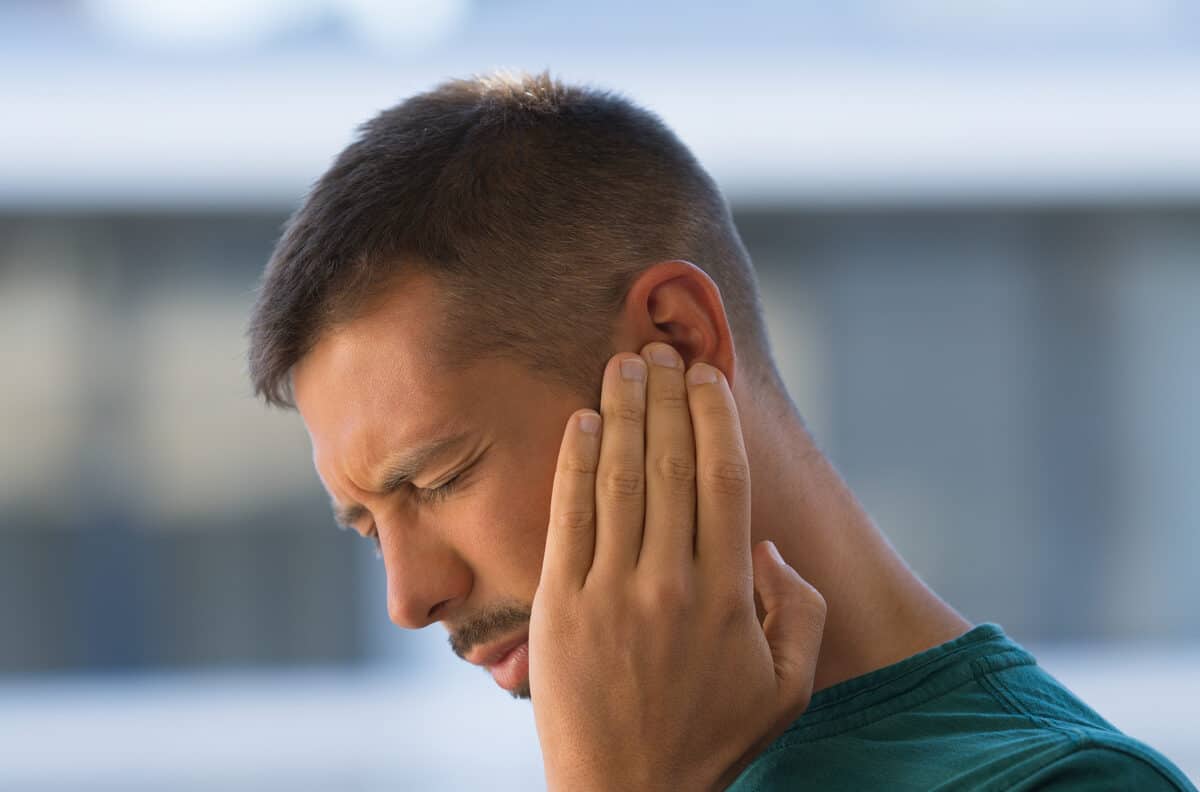 Iggy Pop from The Stooges, Peter Townshend from The Who, and Brian Johnson from AC/DC are all names associated with rock ‘n’ roll. All of them have talked publicly about their hearing loss and the damage that years of listening to loud music have done to their ears.

By spreading the word, these rockers warn other musicians about the dangers of headphones and the need to wear hearing protection when playing music.

Noise-induced hearing loss is a risk in the music business.

Noise-induced hearing loss is one of the most common causes of hearing loss in the U.S. It can happen to anyone, but musicians are especially at risk.

Noise-induced hearing loss happens when someone is exposed to loud noises for a long time or hears a deafening noise only once (generally within the 110-140 decibel range).

Since there is a risk of hearing loss with any noise above 85 decibels, and the average gig is between 110 and 115 decibels, it is clear that a musician or music lover who doesn’t wear hearing protection is taking a significant risk.

To put things in perspective, 115 decibels is louder than a pneumatic drill, which only makes 90 decibels of noise. A construction worker would never use this tool without hearing protection, but musicians always play in loud places without earplugs or other devices. Also, it’s essential to know that the loudness of a sound doubles for every 3 dB increase.

So it’s not surprising that some of the biggest names in rock and roll have recently talked about their experiences with hearing loss. They did this to raise awareness and warn younger people about the dangers of not wearing hearing protection when playing or listening to music.

Peter Townshend: How one event can affect your hearing for a long time

Peter Townshend of the band The Who has talked about his hearing loss. During his career, he has seen a lot of instruments get broken on stage. He remembers a TV appearance in 1967 when The Who’s drummer filled his drum kit with explosives, causing a loud bang at the end of “My Generation.” Even one loud noise can cause hearing loss, so it’s not impossible that this event would have had long-lasting effects.

Iggy Pop: Getting rid of stereotypes about hearing loss

In a recent interview with The Inquirer, Iggy Pop made several jokes about his hearing loss. At one point, he said, “I am as deaf as a stone!”

The interviewer said that it was clear he was having trouble hearing because he kept asking for questions to be repeated. After years of being around loud noise, it’s not unusual to have trouble hearing people talk, but it’s less common to be able to joke about it. Iggy Pop’s funny way of dealing with his hearing loss is an excellent example of how to break down people’s stigma about hearing loss.

It’s essential because studies show that people will treat you better if you’re honest about your hearing loss. In particular, a recent study showed that the best reactions happen when you tell someone they have hearing loss and also give them a way to deal with it. This could be as simple as, “On my left side, I have trouble hearing. Can you move to my right, please?” By doing this, the study showed that people would be more willing to help, and people who participated said they felt better about things.

Brian Johnson: Is new technology the key to lowering the chance of losing your hearing permanently?

Brian Johnson of AC/DC told reporters in May 2016 why he had decided to stop touring with the band: he had learned that if he kept going, he was in danger of losing his hearing entirely. He warned about the dangers of noise-induced hearing loss in the professional music industry by saying, “Onstage, you have no defense against that industrial noise. You play rock and roll in a group. “What the hell did you think?”

On the one hand, being a rock and roll legend means having to show a specific image and way of life onstage. However, it is clear that not taking steps to protect one’s hearing can have adverse effects, especially later in life.

Things are looking up for Brian Johnson. He recently told Rolling Stone that he felt good about the future after trying out new, still-developing in-ear technology. Johnson thinks that this new technology could help him get back on stage.

As for what’s on the market right now, musicians have many choices regarding custom ear protection and functions within hearing aids.

Musicians can get custom ear protection.

If you are a musician, you might be interested to know that earplugs can be made to fit your ears and your style. High-quality earplugs are designed to make sound clear and natural instead of silenced, and they can even be different colors if you want to hide them.

If you think you might have hearing loss, it’s essential to know how bad it is to stop it from getting worse. Also, there are several hearing aids on the market right now that have special features for musicians.