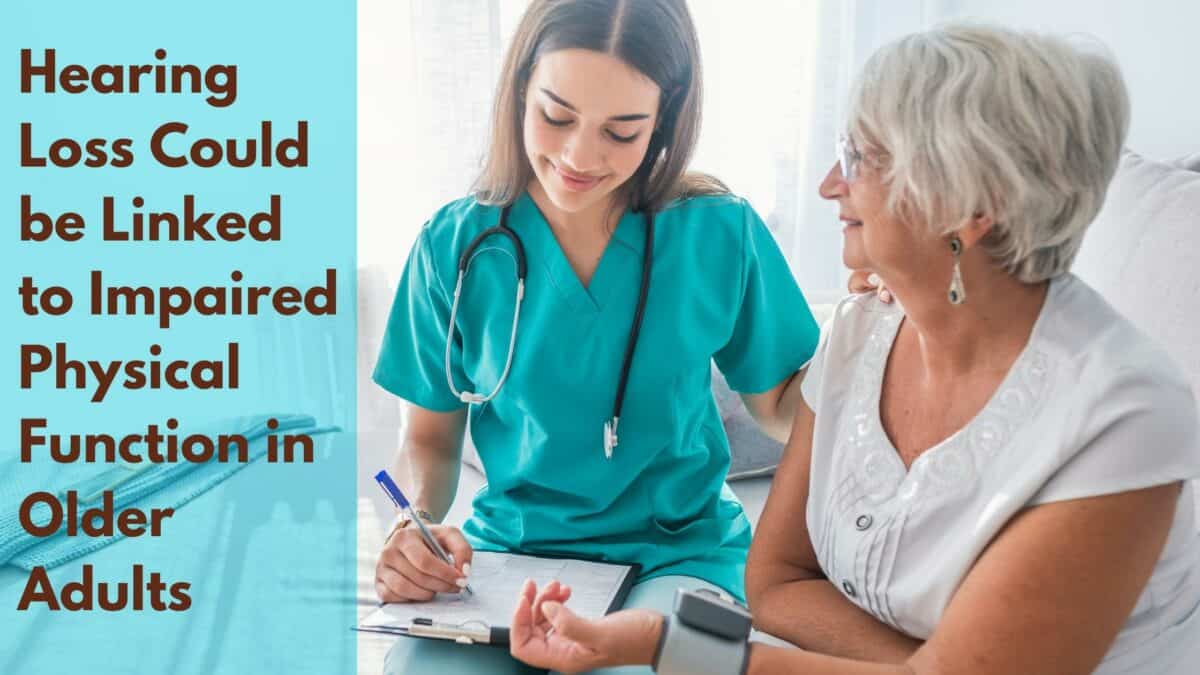 Age-related hearing loss is also known as presbycusis is the most common form of hearing loss, affecting 1 in three seniors over 65 and half of those 75 and older. Presbycusis occurs due to changes in the ear as we age, however, hearing loss is not a normal part of aging. There are several precautions we can take in our middle age to protect our ears in the future. Hearing loss has been linked to several negative effects that are extremely dangerous for the quality of life and longevity in seniors. Some of these include a decrease in social activity, isolation, depression, and a less active lifestyle. A recent study has now linked hearing impairment in seniors to impaired physical function.

The study sought to explore the link between seniors and high instances of physical impairment, leading to loss of walking endurance, and faster decline in physical function. The study examined nearly 3000 US seniors. Using data from 2011 to 2019 collected from the Atherosclerosis Risk in Communities Study, a population-based study of adults at 4 sites in the US, the researchers were able to explore a correlation between seniors with hearing loss at different degrees and compare it with study participants’ mobility, balance, and physical functioning.

Many people find it hard to believe that healthy hearing is connected to balance. However, the body’s balance system works through a constant process of position detection, which includes information from the inner ear, eyes, muscles, joints, and the brain. A tiny structure in the inner ear called the labyrinth is responsible for the body’s sense of balance.  Inside the inner ear, the cochlea gathers sound information while the vestibular organs gather information about motion and changes in space. While hearing loss is not solely responsible for balance issues, complications with the vestibular system within the inner ear can affect hearing and balance. Infections in the ears, issues with blood circulation and head injuries can all lead to balance disorders.

Study in Hearing Loss and an Increased the Risk of Falls

A 2012 study identified a higher risk of falls in people with hearing loss. Dr. Frank Lin, an assistant professor at the Johns Hopkins University School of Medicine and the university’s Bloomberg School of Public Health, found that people who suffered a mild hearing loss (25-decibel), were nearly three times more likely to have a history of falling. The study examined the results of 2,017 participants ages 40 to 69 over a three-year time span who had their hearing tested and answered a survey about their history with falls in the past year. The study revealed that for every additional 10-decibels of audible loss, the risk of falling increased by 1.4 fold. The findings of this study continued to be consistent across demographics, including age, sex, race, cardiovascular disease, and vestibular function.

Why Hearing Loss Increases the Risk of Falls

There are many theories as to why hearing loss increases the risk of falls. “Among the possible explanations for the link is that people who can’t hear well might not have a good awareness of their overall environment, making tripping and falling more likely.” Says Dr. Lin.  “Gait and balance are things most people take for granted, but they are actually very cognitively demanding,” continues Lin. “If hearing loss imposes a cognitive load, there may be fewer cognitive resources to help with maintaining balance and gait.”

If you are reaching the age of 65 or older it’s a good idea to have regular hearing tests to track your hearing ability and catch a decline before it begins to affect your physical function. Act today and schedule a hearing test with us today!