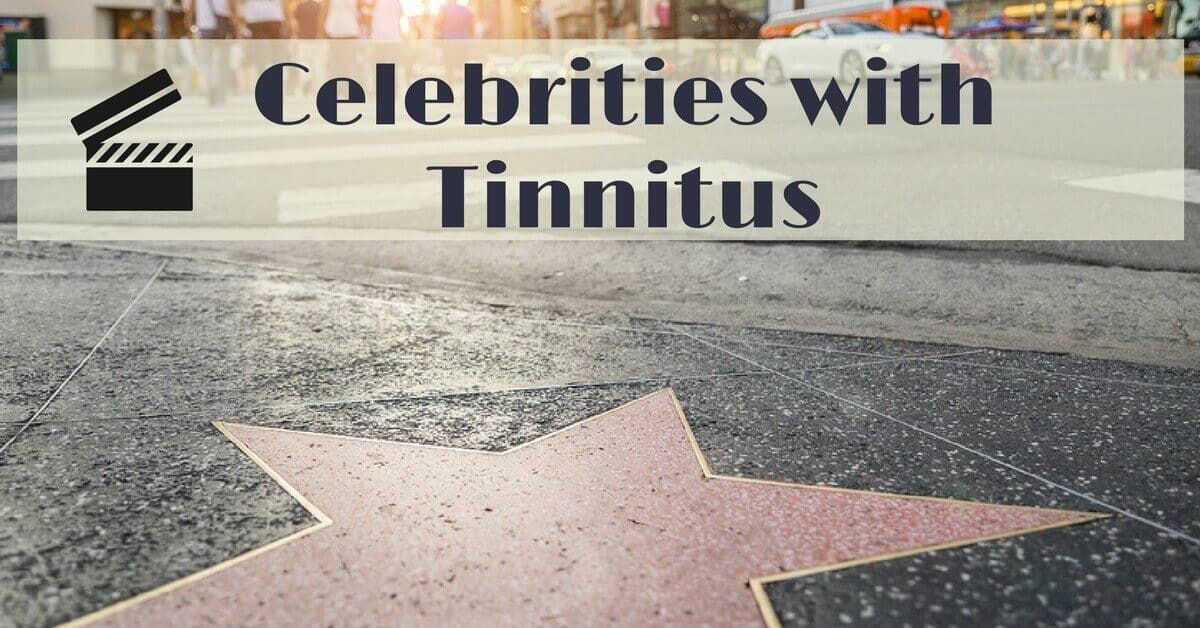 Have you ever felt like you’re the only person in the world struggling with tinnitus? This ringing, buzzing, or whistling sound you hear is actually pretty common, affecting millions of people around the world. And it’s not just you or me that’s living with tinnitus. Celebrities struggle with their hearing as well, and you might be surprised by who’s on the list.

Tinnitus, that annoying or painful buzzing or ringing sound that only you can hear, often goes hand in hand with hearing loss. As our ears age, the cells in the inner ear deteriorate or are damaged, and this causes hearing loss. It could also lead to tinnitus, a sound that fills your head when you’re in a quiet place. It’s often treated using sound therapy, a program on your hearing device that allows you to play sounds or music to mask the effects of tinnitus so you get on with your day, or have a peaceful night’s sleep.

Everyone knows who Barbra Streisand is, but did you know that this iconic singer, songwriter, actress and filmmaker has lived with tinnitus since she was nine years old? In 1985, she opened up about her tinnitus in an interview with Barbara Walters. Tinnitus was a constant struggle in both her personal and professional career, and she put off seeking treatment for many years. When she finally visited an audiologist, she learned how to cope with her tinnitus, and reduce her stress levels.

Are you a fan of The Who? Then you definitely know Pete Townshend, songwriter and guitarist for the band. Like many musicians, Townshend has Noise Induced Hearing Loss (NIHL) from years of performing in extremely loud concerts and recording studios. He also suffers from tinnitus in both ears.

He copes with his hearing loss and tinnitus by using custom ear protection during concerts that allow him to hear himself and his fellow performers, but also protects his ears from loud noises. In the recording studio, he uses complex computer programs that help him with high frequency sounds he can’t hear anymore. He also funds a not-for-profit group called H.E.A.R., or Hearing Education and Awareness for Rockers, an advocacy group educating musicians about hearing loss and the importance of protecting their hearing.

The legendary actor behind Star Trek’s Captain Kirk has been vocal about his struggle with tinnitus. His tinnitus began instantly, after an extremely loud explosion went off beside him on the set of Star Trek. He describes his tinnitus as a harsh, screeching sound that often left him panicking in a common cycle that accompanies tinnitus. Thinking about the tinnitus makes you more sensitive to the sound, which makes the sound seem like it’s getting even louder.

It was only when he started wearing sound maskers that he got relief. Listening to calming sounds, the brain focuses on the sounds being played, and tinnitus fades into the background. He used other techniques like reducing coffee and alcohol consumption, and exercises regularly to help manage the tinnitus. He’s now accepted and owned his condition, not letting it stand in the way of his success.

Liza Minnelli is another famous musician who lives with tinnitus. This iconic actress and singer blames her father for her tinnitus. They were sitting together at the 1973 Academy Awards where she won Best Actress for her performance in the musical drama film Cabaret. When she was announced the winner, her father was so excited that he yelled right into her ear, causing permanent damage. She now lives with tinnitus in her left ear.

A world-famous guitar player, Eric Clapton is a three-time inductee to the Rock and Roll Hall of Fame, and his albums have had a major influence on rock and blues music. But all that fame came at a high cost. Clapton has hearing loss and tinnitus. Long hours in the recording studio and on stage without hearing protection damaged his hearing, and brought on tinnitus. He continues to play and perform, and doesn’t let tinnitus stand in his way. He wears hearing aids to manage his hearing loss and tinnitus, and makes sure his ears are protected when he’s performing so that his hearing doesn’t deteriorate further.