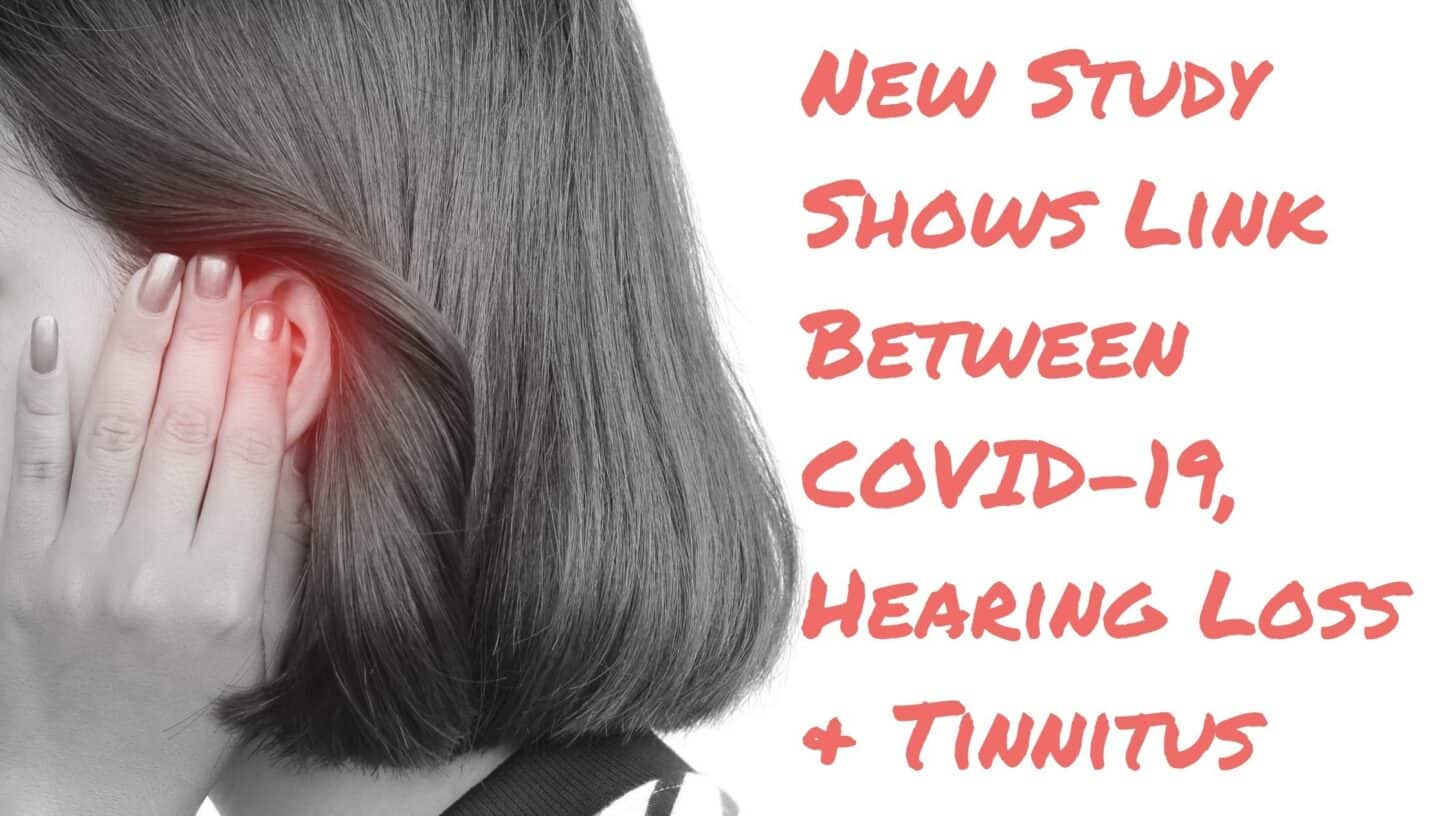 Researchers continue to gather more information on COVID-19 as we all scramble to understand this highly contagious virus. While many of us are aware of the long term effects such as cough, fever, exhaustion and loss of smell, there are long term effects which linger long after the virus has left our system. Mild or moderate cases of COVID-19 generally last about two weeks however many experience long lasting symptoms after they have recovered such as damage to the lungs, heart, nervous system, kidneys, liver and other organs. Another long lasting effect is the emotional impact of this virus, which leaves people with anxiety, loneliness, chronic depression and anxiety. More and more researchers are observing a connection between COVID-19 and tinnitus.

You may have experienced tinnitus before and not even realized it. Old wives’ tales explain that if you experience a ringing in your ears that it means that someone is speaking of you. However, this is actually tinnitus which is associated with damage to the fragile cells of the inner ear. These cells can become damaged due to various causes such as old age, exposure to excessive noise, impact to the head, certain medications and chronic infection. The result can cause these cells to send feedback to the brain which is interpreted as the symptoms of tinnitus.

Tinnitus can manifest itself in many ways. Sometimes perceived as a ring or a buzz, other times a swoosh or a roar. Regardless of how tinnitus manifests it can be incredibly frustrating to hear a sound which is still present when seeking silence and has no external source. This is the reason tinnitus can be incredibly stressful. The Centers for Disease Control (CDC) estimates that nearly 15% or over 50 million of the US population experience some form of tinnitus. It is estimated that 20 million people struggle with burdensome chronic tinnitus, while 2 million have extreme and debilitating cases. The symptoms of tinnitus can become more noticeable as you are under more stress however the good news is that understanding how you perceive and react to tinnitus can control the way it affects you.

How does COVID-19 cause tinnitus?

Because it is believed that tinnitus is caused by damage to the inner ear, it is commonly understood that, while this is not always the constant, that hearing loss and tinnitus are connected. It is common for a virus to cause tinnitus as past reports show similar viruses causing a condition called auditory neuropathy. Auditory neuropathy is a hearing disorder in which the inner ear is able to detect sound, but struggles to send it to the brain. Kevin Munro, a professor of audiology at the University of Manchester explains “We already know that viruses such as measles, mumps, and meningitis can cause hearing loss. Coronaviruses can damage the nerves that carry information to and from the brain.” Not only are viruses known to cause hearing and tinnitus issues but contracting COVID-19 can be extremely stressful. Besides the impact on your health and the high mortality rate associated with this virus, it forces people to quarantine and this can cause added stress. Loneliness, anxiety and depression can make existing cases of tinnitus worse as long hours are spent alone and worried.

Dealing with Your Tinnitus

While there is no cure for tinnitus, it is possible to treat it in order to make it more manageable in your daily routine. Stress reducing activities such as yoga, meditation, cardiovascular exercise and acupuncture can help lessen the severity of your tinnitus. Another successful treatment is Cognitive behavioral therapy which is a form of talk therapy guiding you to change your response to tinnitus. Many people have found that because hearing loss and tinnitus are so often diagnosed together, that treating hearing loss can help reduce tinnitus as well. Many hearing aids offer tinnitus masking features which make the symptoms less noticeable. If you are suffering from tinnitus, make sure to have your hearing tested as soon as possible as tinnitus is commonly a sign. The sooner you deal with your tinnitus, the sooner you can focus on other things and get back to the life you love.